“Not the Next Steve Jobs” – How Did an Australian Beer-Loving Ex-Hippie Wind Up Working for Crasman in Tampere? 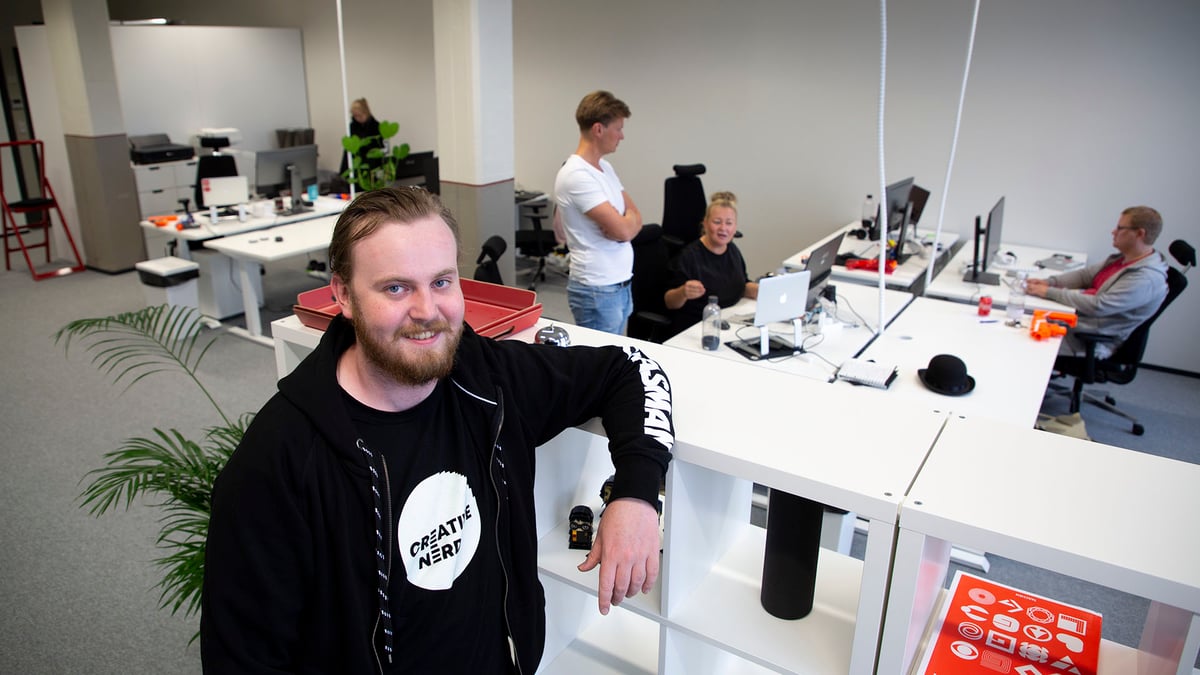 Full-stack developer Chris Purcell is an essential part of Crasman Tampere. But how did an Australian former hippie find his way to working and living in Finland?

Born in Espoo to an Australian father and a Finnish-French mother, Chris Purcell’s first stint in Finland didn’t last too long.

“My parents couldn’t handle another harsh Finnish winter so they moved to Australia just before my second birthday.”

So Chris grew up and lived for the next 23 years down under all the while contemplating that one day he would return to his mother’s homeland. Meanwhile he kept busy immersing himself in Political Science studies, martial arts and the burgeoning hippie subculture in Sydney.

“I was a poor-as-fuck student of Political Science with a major in counter-terrorism and national security. Being a part of the hippie subculture really gave me a lot of perspective towards people, nature and being a good person in general. However, I slowly started getting more focused on my work and hobbies and eventually transformed my love for tech into a career in coding.”

An ex-hippie applying his open-minded mindset to coding and crafting new digital services is a description that could be applied to, say, the late Apple mastermind and visionary Steve Jobs.

Chris traveled Europe in 2016 with the intention of coming to Finland and entering the military. As a dual citizen of Finland and Australia Chris was obligated to enter the Finnish conscription service in order to utilize his Finnish passport and work in his second home country. Finding a girlfriend in Finland just before entering service was also a strong incentive.

“I figured I could really benefit from serving in the military and thought I was in for a fun and educational six month stint, but I wound up staying for the full 12 months after being first drafted to AUK (NCO school) and RUK (ROTC) right after that,” Chris says.

“I learned a lot about my own boundaries, both physical and mental. I found out how long I can stay awake without going insane.”

In addition to learning a lot about himself, Chris also got a chance to immerse himself in Finnish, a language he had largely forgotten.

“During my initial cadet period everyone was very helpful with my learning, but when I got to RUK, I was suddenly expected to be able to give orders and communicate effectively in Finnish without any outside help. Being absolutely required to learn something is a powerful incentive.”

After his service in the military Chris went into job hunt mode and found himself considering multiple potential employers. However, there was something about Crasman that he immediately gravitated towards.

“Immediately upon arriving to the job interview I felt very relaxed and at home. A lot of companies boast about their informal atmosphere and low hierarchy, but Teemu, Topi and Olli really made me feel welcome. The opportunities that Crasman provides and the code we produce seemed highly interesting to me and I started the next Monday,” Chris recollects.

As a tireless learner Chris appreciates being able to improve himself and constantly acquire new skills and insight in his work at Crasman.

“There hasn’t been a single morning I haven’t been excited to go to work as I’m really learning a lot and getting exposure to new technologies and methods. I’m driven by an overwhelming desire to learn as much as possible. And beer.”